AI invents its own language and responds to it 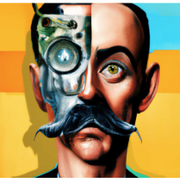 Salvador Domingo Felipe Jacinto Dalí i Domènech, Marquess of Dalí of Púbol, or just Dali, was a Spanish surrealist artist renowned for his technical skill, precise draftsmanship, and the striking and bizarre images in his work. Dalí's artistic repertoire included painting, graphic arts, film, sculpture, design and photography, at times in collaboration with other artists. He also wrote fiction, poetry, autobiography, essays and criticism. There is a high chance DALL•E 2 borrows heavily from the master while creating new art pieces and ... inventing new language.

Google's Imagen and openai.com have come up with a fascinating creature called DALL•E 2. In short, it is a computer model capable of creating visual representation of the text description. The description can be provided using plain, conversational language, English to be more specific.  Most of us would probably pause when asked to produce an image using a description of an astronaut riding a horse or playing a basketball. For DALL•E 2 there is no limit. Another very intriguing capability is to be "inspired" by another artist but create new and authentic art piece (we will get back to this shortly). Below are some of the images available on openai.com's website as a demonstration of the capabilities of DALL•E 2.  To enhance the results, the model responds to variations, you can describe the image as well as the media, for example pencil or watercolors.

Now, let's talk about creating authentic art piece. Several scientists either working with or being very familiar with DALL•E 2, claim it invented its own language. Even more, it actually understands it when someone is communicating with DALL•E 2.using it. While many indigenous languages are fading away from the civilization, this new technological marvel is picking up right where we humans might have dropped the ball. Some argue that this is not truly a language but rather a vocabulary.  This might be a valid claim but how would you react if you type in the text "Vicootes" or "apopploe versrrealtars" and get an images with vegetable or birds. Both were "invented" and used by DALL•E 2, when producing images description using plain English text to describe the content. While researchers are trying to understand the processes leading to invention of the language, we may look at the development of a child, when often kids develop their own speech patterns that are not necessarily part of the language their parents are speaking.

Look at the images below and explanations form the scientist who used DALL•E 2. There is a lot more to this seemingly simple and very entertaining creation. 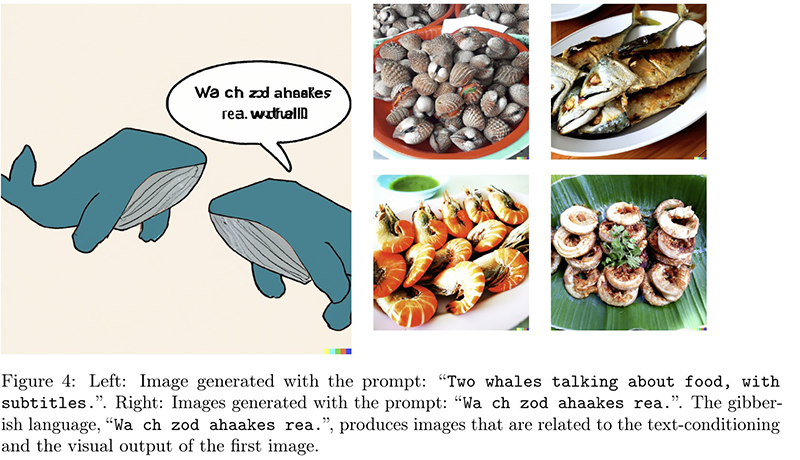 Nicolas Davolio explained that AI algorithms developed its own language to help it better understand the relationships between the content, images in our case, and the words that describe it. One might argue that multitudes of languages used by humans for communication are rather static.  AI does not have the limits we humans have created and as a result, it might lead us somewhere we don't dare to go - specifically, creating absolutely new language or form of communication that better represents our environment, at least in its own, digital mind.

Some references for those of us who like to challenge the status quo.

Collection of images create by DALL•E 2